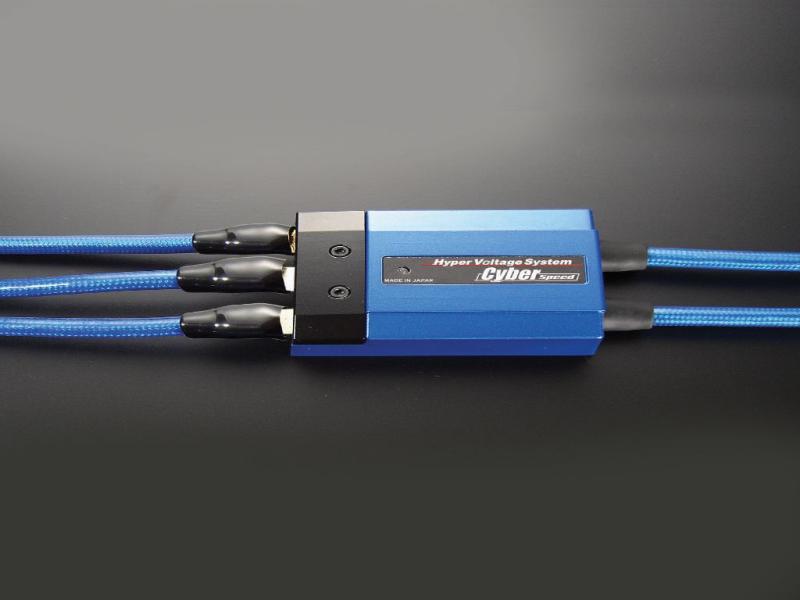 Back at the 2004 SEMA Show we made a trip by the Sun Auto to check out their Cyber EVO that only a few days later dominated Super Street’s Time Attack competition. While we were there we talked with Mark Mendoza of Sun Auto and he was stoked on the new Cyber Speed line that includes products like grounding wires, voltage systems, air intakes, shift knobs and pedals. The WRX seemed like an ideal guanine pig and a few months later we finally had an opportunity to gain some first-hand experience to see what the hype was about.

Two of Sun Auto’s most popular products are their Hyper Ground System and their Hyper Voltage System. The H.G.S. uses thick-gauge cables made from 99.9 percent copper with 1477 strands per cable to give cars grounding that is superior to stock. Anybody who has done an engine swap and left off an important ground wire will vouch for how critical proper grounding is. The H.V.S. is designed to stabilize the electrical system’s voltage which is also critical to peak performance and the two were only available separately until now.

Cyber Speed Version is an application specific line that not only takes the guesswork out of the wire length and mounting points, but it also provides the H.G.S. and H.V.S. in one convenient package. And when you’re dealing with a hardcore Japanese performance manufacturer, direct fit means direct fit and this kit was right on the money in that respect.

The three grounding cables included with the Cyber Speed kit mount on three points that are already grounded from the factory. The longest cable is bolted on to the point at the front of the intake manifold on the passenger side. If you look closely at the picture you can see that Subaru use a 12 gauge wire. Ohms Law is in Sun Auto’s favor on this one. Remove the bolt, put the Cyber Speed cable between the bolt and the factory ground wire then put the bolt back in loosely.

The Cyber Speed Version kit comes with a mounting plate for the H.V.S. box and there are three holes on the bottom of the box that line up to three holes on the bracket. Line these up and use the three supplied screws to hold them securely together.

The H.V.S. connects directly to the battery. Sun Auto used color coded insulation on the terminals of the H.V.S. and it’s just a matter of matching red to red and black to black. Adjust the terminals of each cable for the best route back to the box and then tighten the battery connections.

Sun Auto includes a hex wrench for the two small screws holding on a black cover on the H.V.S. box. Remove these two screws to expose the other mounting points for the three ground cables. The cable running to the passenger side goes on the top terminal, the driver’s side intake manifold cable goes to the middle and the fender cable goes to the bottom. Once these are all tightened, starting from the H.V.S. box back use the supplies zip-ties to route each cable away from anything that could potentially harm them. After a safe route is determined, tighten each the three bolts on the engine and fender.

While we were still stuck by the Cyber Speed bug, we went ahead and installed one of their WRX shift knobs while we were at it. It took all of about 15 seconds to do and it was just unscrewing the factory leather knob then replacing it with the Cyber Speed knob.

Does the Cyber Speed H.V.S. and H.G.S. really work?
Cyber Speed offered a perfect fit. Everything lined up exactly how it should, but our biggest concern is if it actually worked. The debate on grounding wires is a hot topic and they have been proven on a dyno to produce gains in horsepower. We didn’t have a chance to do our own before and after testing of horsepower and the butt dyno didn’t register a noticeable gain. One thing was quickly apparent though and that was the how much brighter the headlights were after the install. The other measurable gain took a little bit longer to sink in.

As weird as it sounds for a performance vehicle, we watch the gas mileage on the WRX very closely and it varies at most 0.2 to 0.5 mpg plus or minus from our 25.7 average when we don’t take it to the track. On our first fill up we saw an increase of 1.9 mpg from our average and it piqued our interests. The next tank was 1.6 above our average and the third saw the biggest gain of 2.1 mpg. All the numbers came with no other modification than the shift knob which doesn’t normally affect gas mileage and the Cyber Speed Version H.G.S. and H.V.S. Considering the price of premium in Southern California, we’ll take it.