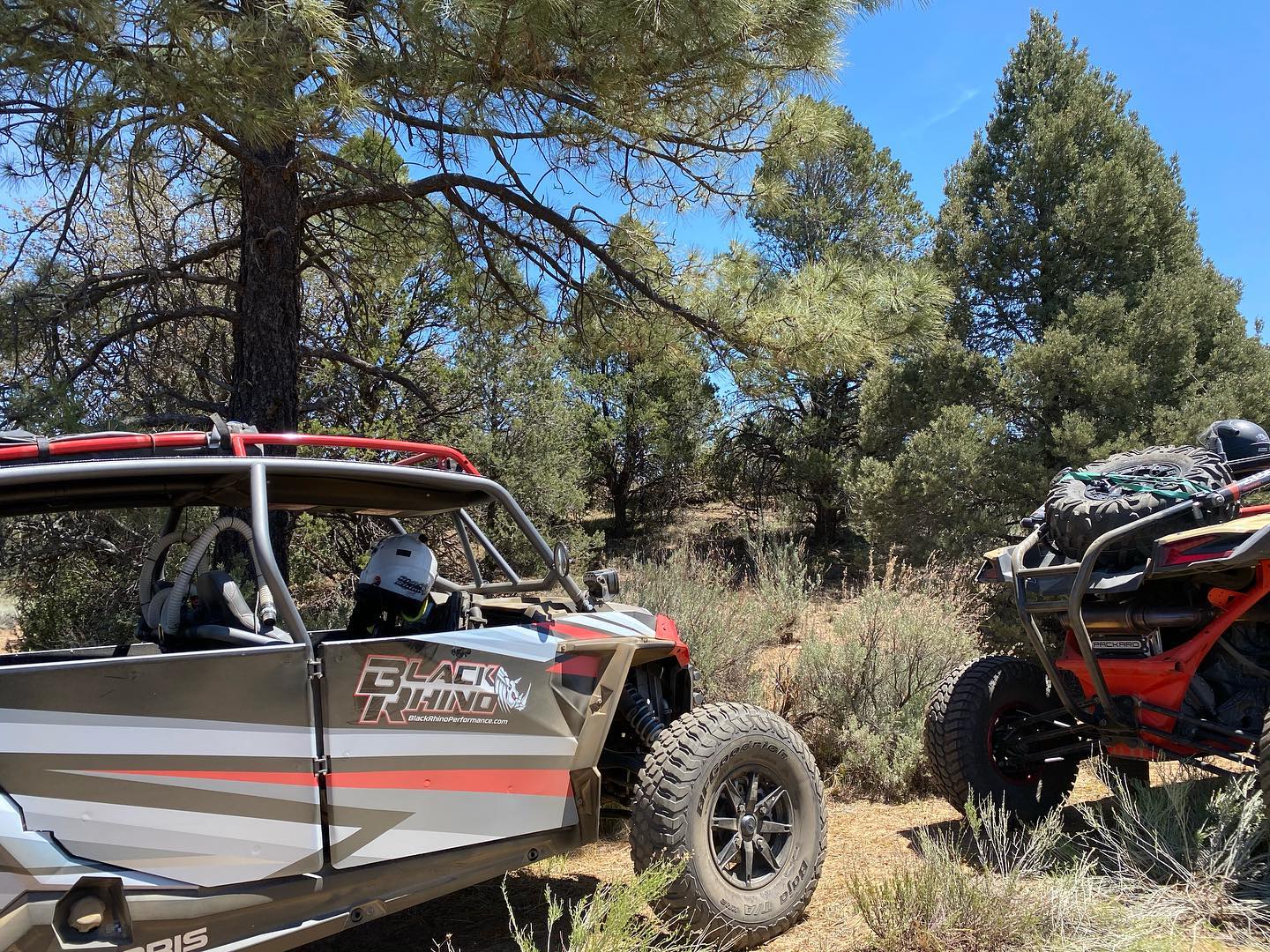 Black Rhino Performance was founded in 2004 following the largest wild-land fire in California’s history. Founder Brian Hart ordered his new Yamaha Rhino just one week prior to the firestorm that swept through the southern portion of the state, burning down thousands of homes including his and virtually everyone else’s in his neighborhood. A few days after the smoke settled he received a call from his local dealer letting him know that his new Rhino had arrived and was ready to be picked up. He almost refused delivery due to the aforementioned developments but decided to go ahead and take it anyway, knowing that his new “Yard Tool” would come in handy in cleaning up the aftermath not only on his property, but on those of his neighbors as well.

After purchasing one of the first Yamaha Rhinos in California, Brian quickly realized that with a bit more performance his “Yard Tool” could actually be a really fun toy! So he then began searching tirelessly for an ignition box that would raise the factory set rev limiter and improve his performance. He finally realized that no one offered such a box, so he started to consider getting his own made. Unfortunately none of the CDI companies would make him just one ignition box. If he wanted one, he’d have to buy a whole lot of them. So he began scouring the newly forming UTV forums for potentially interested buyers of an ignition box if one were to become available. He had a huge response from his fellow forum goers and saw a potential business opportunity in the making. The only thing missing was the capital to get the ball rolling. That’s when the insurance check showed up to cover the loss of his home and all of his worldly possessions in the great fire. After a few sleepless nights the decision was made and his new home would have to wait. He had CDIs to build!

His new company, Black Rhino Performance, quickly grew to 20-plus employees with two locations including a 24 thousand square foot facility selling thousands of various products earning Brian Hart the unofficial title of the “Godfather of the UTV world.” In 2011, with the economy on a major downswing, Brian decided to look for greener pastures elsewhere, and Kenny Osborn, of Osborn Racing (one of Brian’s sponsored racer car owners) decided to turn his hobby and passion into a business. The deal was made and Black Rhino Inc. was born.
New Ownership 2011-on

Back in 2007, Kenny Osborn and his wife Theresa were looking for something to get our twins (Bryan and Alex) involved in. We hoped to find something they would enjoy and continue doing. Theresa was watching TV one day and saw some kids racing trophy karts. She told me about it and said “that looks like something the boys could do”. I researched trophy kart racing and bought each of the boys a J1 kart; at that time they were only 12 years old. After racing a few rounds we realized that we would need to build some relationships with sponsors to further help out. We approached Black Rhino Performance and Racer X Motorsports and they came on board as sponsors with product knowledge and discounts on the parts we needed.

In February of 2011 then previous owner of Black Rhino, Brian Hart, contacted me for some business advice and to let me know that he was planning on closing down Black Rhino to go back into the software industry. I was going through everything (financial books, inventory, and fixtures) while helping Brian go into shut up mode for the company. That is when I came up with the idea of restructuring and rebuilding Black Rhino to help support our family’s racing program as well as helping other racers like they had done for us. I made the move to purchase Black Rhino Performance and on Friday, May 13th, 2011 I was given the keys and full control of the company.

In July of 2012, Mike Cohen, the former owner of Racer X Motorsports, asked me to have lunch to discuss some business. Mike was interested in possibly selling his company and moving on to other adventures, but he wanted to make sure his employees, customers, and vendors would be taken care of. Mike said he liked what I had done with Black Rhino and we both believed two companies would be much stronger combined. We worked out the purchase details and moved Racer X into the Black Rhino Building. I am happy to say the collaboration has been a success!

Today Black Rhino/Racer X is a thriving business with sales on the rise, multiple sponsored racing series, and nearly 20 individually sponsored drivers. Black Rhino/Racer X and Kenny Osborn are as devoted to UTVs and the sport of UTV racing as ever. Thanks to the tireless efforts of our entire family, Black Rhino / Racer X will remain main stage player in the UTV market for years to come.

There are no reviews yet.