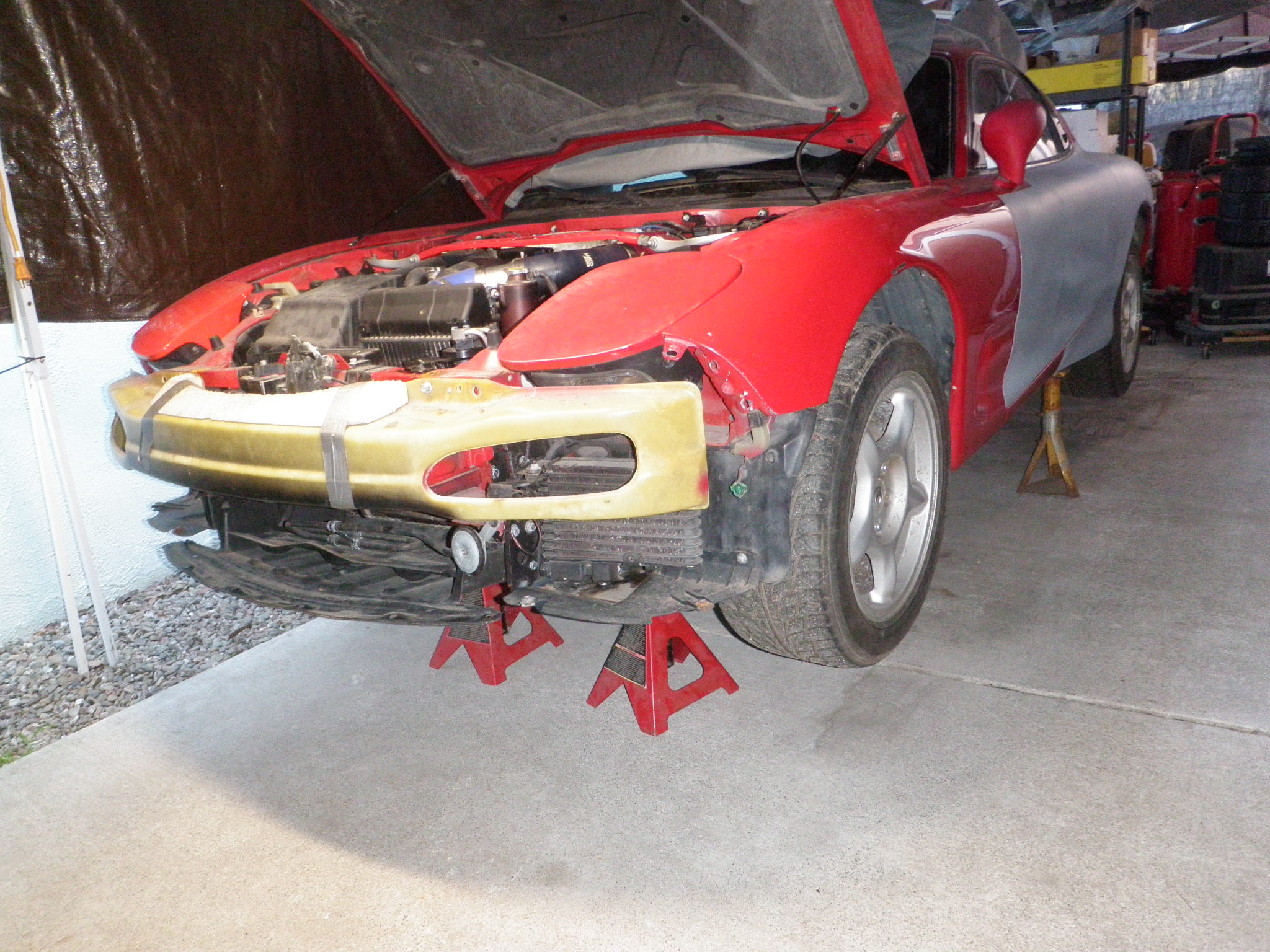 Day 1Damn – 3 years later from when I said I would get to my car ..I finally get to work on my own car after a total of 7 years owning it. Normal for RX7 owners..lol

Still gonna do the music video – other things obviously did NOT go the way I hoped so the bigger stuff just aint gonna happen..lol

So I will be selling a lot of my personal stuff to fund the rest of this project, I mean who needs 4 old school hks bov’s, 3 used hks rs intakes, rb single tip exhaust, tons of usable silicone, factory dual oil coolers and yes my 99 twins. I’m selling the 99 twins to fund the BNR stage 3 non seq set-up. Ill make a for sale thread in March.

So onto the 1st day, the very first day getting to my own car after it sat as a jig since I bought it 7 years ago. Damn it felt good.I know my pics wont wow anyone, we’ve all seen them a thousand times before….but…I don’t have anyone else but you guys to share it with..Awwwww

So today I got the airbox,y-pipe, turbo inlet pipes, front bumper and the whole exhaust off. I’m keeping the down pipe and mid pipe but will be selling the Racing Beat Single Tip catback later on.I also got a bendpak floor lift. Once I have the car running again Ill use it to work on the suspension and install the body kit. I found the missing tab to my driver side dash vent-hope JB weld holds it.Also found an inline filter separated from the body on the silicone line going to the y-pipe.

I found out that my mini fridge was disconnected out side and I lost my ego waffles – crap. More CRAP – ok guys seriously I need some help. I googled it and its just tons of speculation how this happens but I want to know the best way to clean it up. ALL the aluminum and some metal and the bolts in the engine bay has white crystal growing on them. It was not like that 2 months ago and I noticed it after some heavy rain storms. In 7 years it stayed clean – so what happened. Along with this mold appeared inside the car on the door panels, shift boot and lower center console and the rear strut bar. Seriously .. like it happened over night. So whats the best way to get rid of this stuff.